Media Advisory: RNC Minerals to display rare gold samples that are among largest ever discovered

TORONTO, Nov. 26, 2018 - RNC Minerals (TSX: RNX) ("RNC") is providing an opportunity for members of the media to video and photograph rare, recently-discovered gold specimens that rank among the largest ever found.

In September, the world celebrated the discovery by RNC Minerals of one of the richest gold veins ever found yielding more that 25,000 ounces worth more than C$40 million including some of the largest specimen stones ever found, including King Henry containing 1,402 ounces, Warren containing 893 ounces, and several other spectacular high-grade specimens. The gold content of the specimens on display alone are worth C$4.4 million

RNC is displaying the specimen stones at the Mines and Money conference, being held at the Business Design Centre from November 26-29, 2018.

ABOUT RNC Minerals
RNC has a 100% interest in the producing Beta Hunt gold mine located in Western Australia where a significant high-grade gold discovery - “Father’s Day Vein” - was recently made. Beta Hunt’s gold resource potential is underpinned by multiple gold shears with gold intersections across a 4km strike length which remain open in multiple directions adjacent to an existing 5 km ramp network. RNC also has a 28% interest in a nickel joint venture that owns the Dumont Nickel-Cobalt Project located in the Abitibi region of Quebec which contains the second largest nickel reserve and eighth largest cobalt reserve in the world. RNC owns a 35% interest in Orford Mining Corporation, a mineral explorer focused on highly prospective and underexplored areas of Northern Quebec and the U.S. Carolina Gold Belt. RNC has a strong management team and Board with over 100 years of mining experience. RNC's common shares trade on the TSX under the symbol RNX. RNC shares also trade on the OTCQX market under the symbol RNKLF.

ABOUT MINES AND MONEY
Mines and Money is the leading international event series for capital-raising and mining investment. For the past 15 years, Mines and Money has run successful events in London, Hong Kong, Melbourne, Toronto and New York.
www.minesandmoney.com 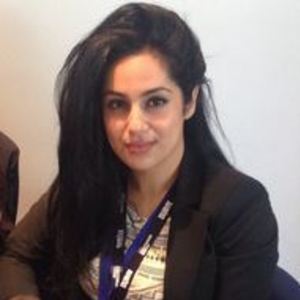 Race to decarbonise the energy sector

The following allows you to customize your consent preferences for any tracking technology used to help us achieve the features and activites described below. To learn more about how these trackers help us and how they work, refer to the cookie policy. You may review and change your preferences at any time.